Embassy of the Federal Republic 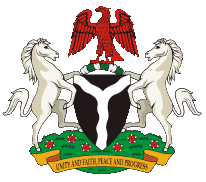 You  are welcome to the official website of the Embassy of the Federal Republic of Nigeria, Lisbon Portugal.

The President of the Federal Republic of Nigeria

Ambassador Ngozi Ukaeje is a seasoned career diplomat who has served Nigeria at home and abroad in various capacities.

She holds a B. A (Hons.) degree in Philosophy (1985) from the University of Calabar, Nigeria and joined the Ministry of Foreign Affairs of Nigeria in 1993.

Between 1993-1994, she obtained a certificate from  the Foreign Service Academy, Lagos, Nigeria.

She also obtained several certificates from various institutions at home and abroad in the field of Strategic Studies and Diplomatic Practice as well as International Relations. The Ambassador is well exposed to both bilateral and multilateral diplomacy. Her diplomatic sojourn took her to the Permanent Mission of Nigeria to the United Nations, New York, USA and other Nigerian Embassies in Washington D.C. (U.S.A.), Port of Spain (Trinidad and Tobago), Vienna (Austria) and Dakar (Senegal) respectively. While at these Missions, she attended various bilateral and multilateral conferences.

During this period, she acquitted herself with the requisite skills which prepared her for the task that has been bequeathed on her by the President of the Federal Republic of Nigeria, Muhammadu Buhari as his Principal Representative to the Portuguese Republic.

COVID - 19: Evacuation of Nigerians in Portugal by the Federal Government of Nigeria. For more information,  click on link